Welcome to the Caledonian Railway. We are an entirely volunteer run charity (SC012714) that restores, maintains and operates a heritage railway based in the heart of Angus in Scotland. We run steam and diesel hauled trains along the 4 mile branch line between the town of Brechin to the countryside stop of Bridge of Dun, which dates back to 1848.

During the 19th century, the small town of Brechin began to grow and become known for its produce, namely textiles and whisky. To allow the town to continue growing, a method of moving large quantities of materials in and out of the town was required.

Two methods of transport were suggested for the job; canals and railways. Due to the geography of Brechin and the River South Esk, building a canal was not feasible and so a railway line was constructed. 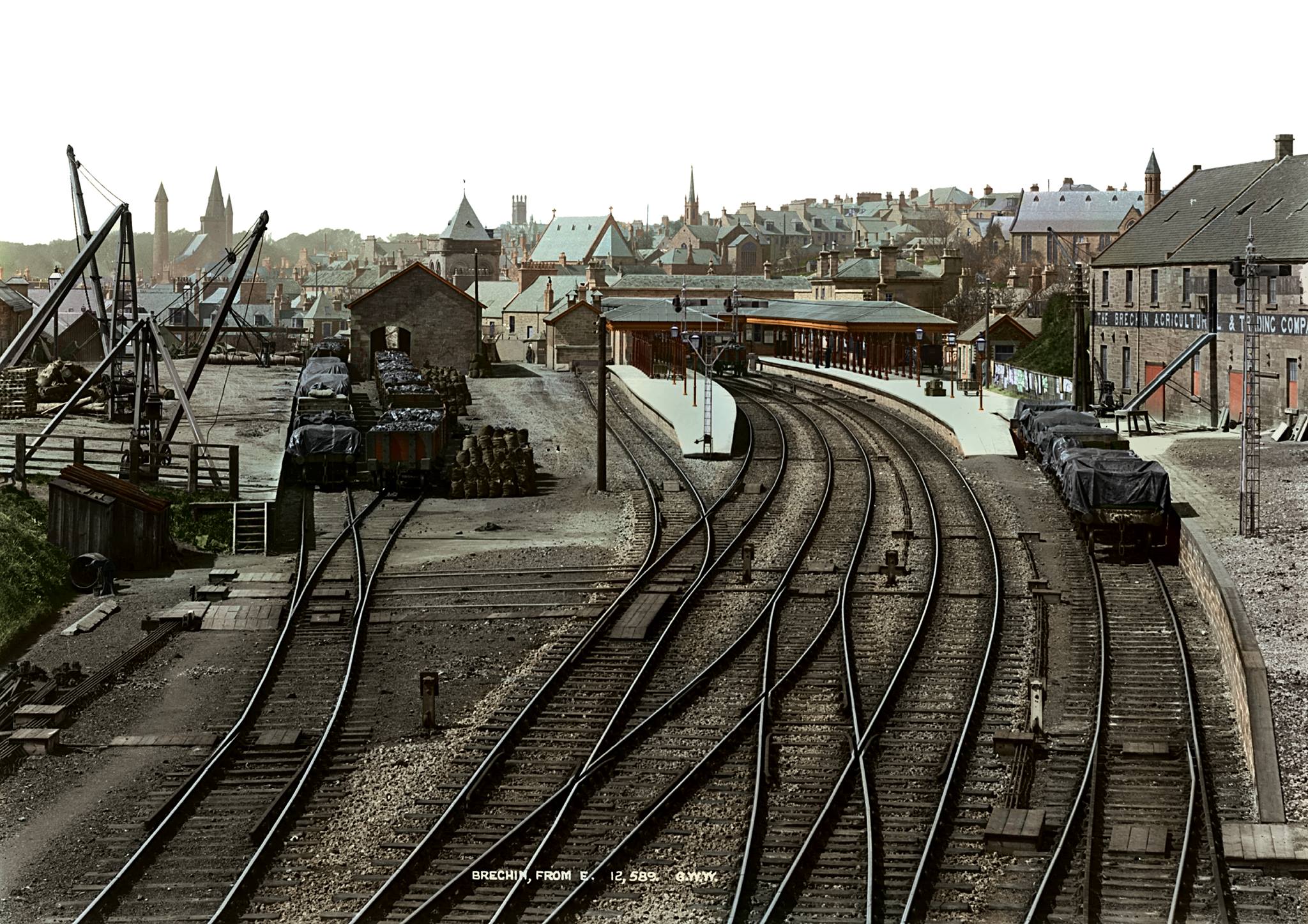 On 1st February 1848, the Aberdeen Railway Company opened the branch line between Brechin and Bridge of Dun which connected to the new mainline between Friockheim and Dubton. During the 1880’s, a proposal to upgrade the branch line to a mainline route between Forfar and Brechin was proposed. However, due to the orientation and location of Brechin station, this plan was soon abandoned.

Traffic along the line was expected to increase towards the end of the 19th century. Subsequently, Brechin station was expanded in 1885 to accommodate more passenger and freight trains.

Due to financial issues in the late 1880’s and early 1890’s, the Aberdeen Railway company sold the Brechin branch line to the Caledonian Railway company on the 31st July 1894. After alterations were made, the line was reopened to goods trains on 7th January 1895, with passenger services commencing on the 1st June the same year. 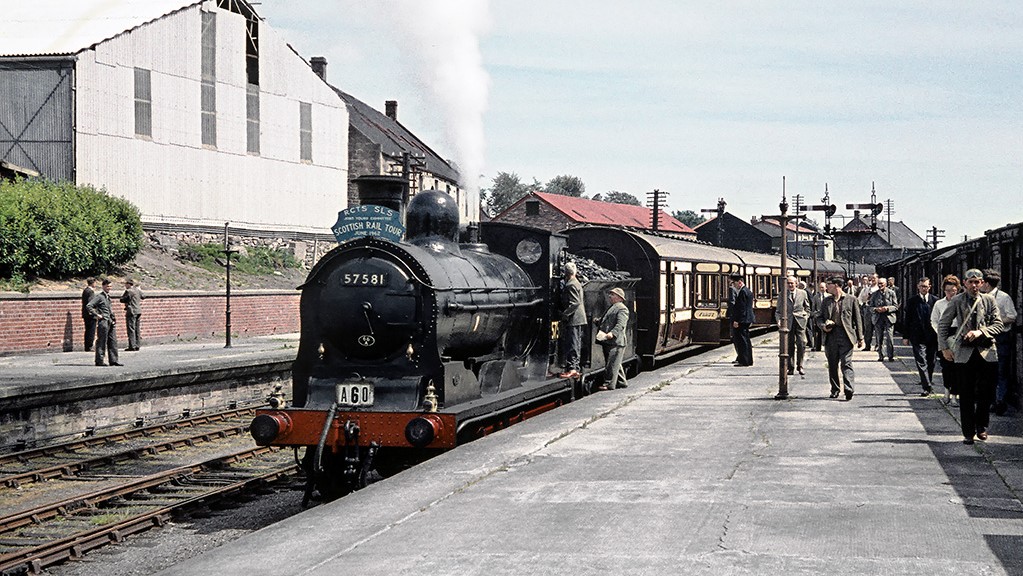 After the first world war, the Railways Act of 1921 was passed. This act condensed the vast number of individual railway companies operating in the country into four large ones in an attempt to curve spiralling operating costs. Subsequently, the Caledonian Railway was absorbed into the London, Midland, and Scottish (LMS) Railway in 1923.

British Railways (British Rail from 1965) continued to operate trains along the four-mile branch line for many years. Unfortunately, due to increased competition from motor vehicles and declining passenger numbers, the line closed to passenger services in 1952 but remained open to freight traffic until 1981.

In 1979, a group of railway enthusiasts set up the Caledonian Railway (Brechin) Ltd in conjunction with the Brechin Railway Preservation Society in a bid to save the branch line.  They were eventually successful and the line along with its two stations were preserved, with the first heritage passenger services being operated within the station limits not long after the departure of BR. 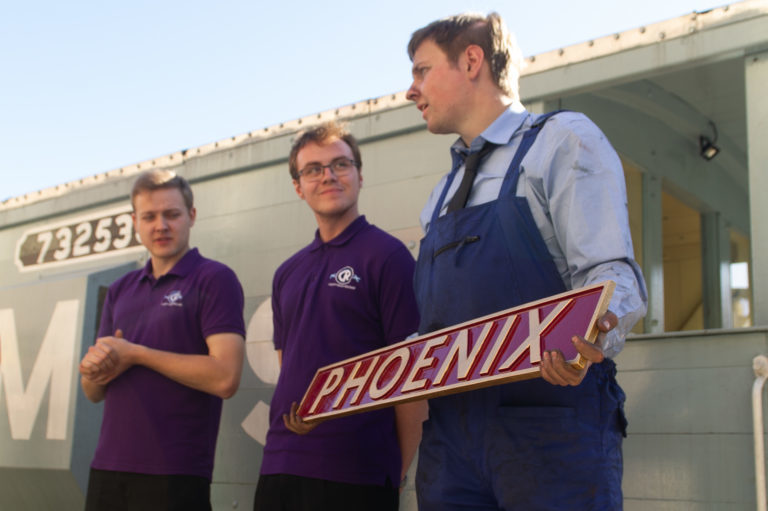 After obtaining a light railway order in 1993, the railway was granted permission to run passenger services along the entire length of the line to Bridge of Dun. After being active for almost 40 years, the Caledonian Railway company in association with the Brechin Railway Preservation Society has gone from strength to strength, restoring and maintaining the line's infrastructure along with the rolling stock and locomotives required to successfully operate the services.

Even after 170 years, the railway line is still going strong thanks to a dedicated team of volunteers. With thousands of visitors a year, the Caledonian Railway has become one of the most visited attractions in the area. 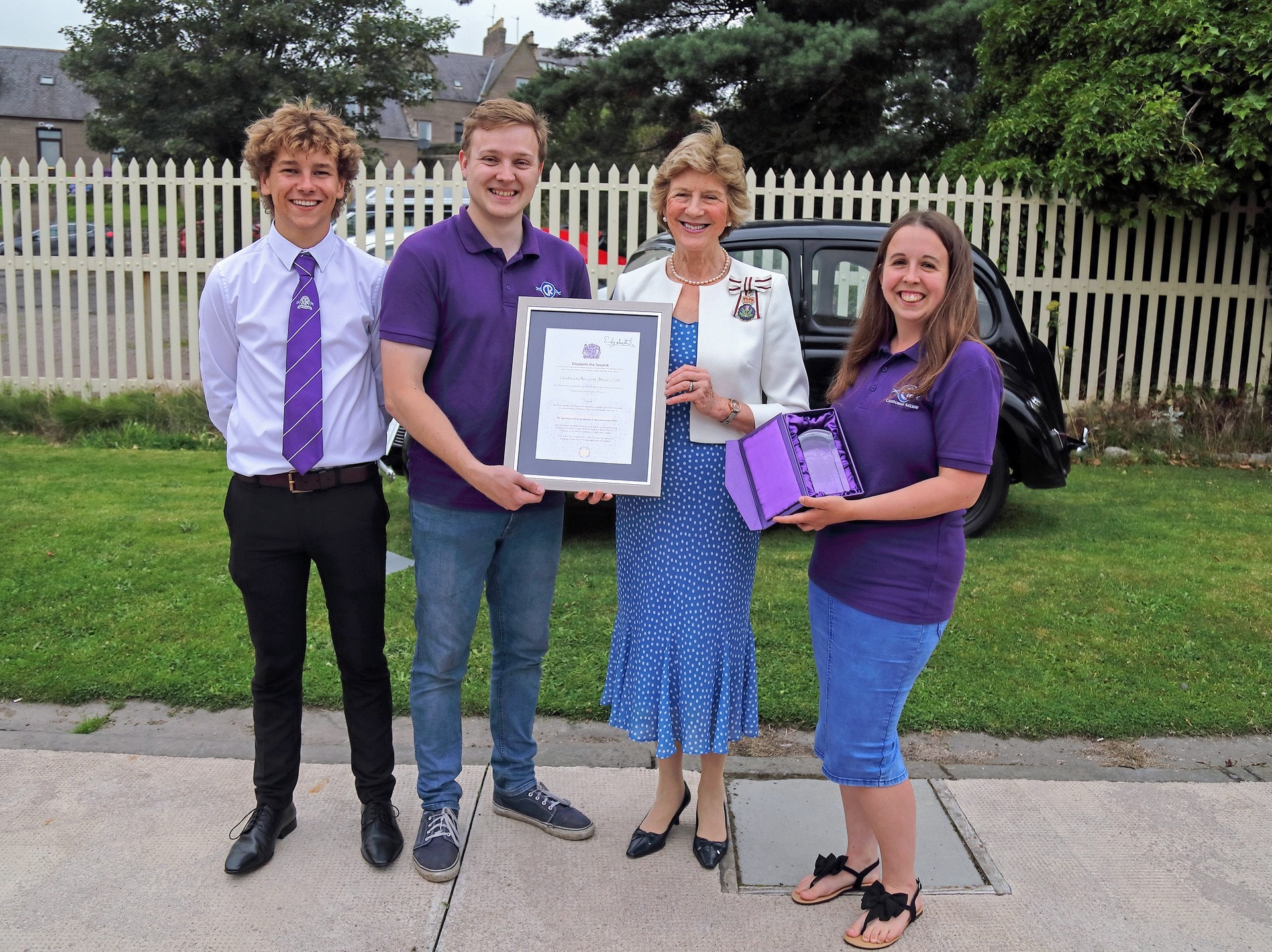 In the summer of 2019, the railway and its volunteers won the Queen’s Award for Voluntary Service. The Queen's Award is an incredibly prestigious award and is the highest accolade any volunteer organisation can receive, being the volunteer equivalent to an MBE. We were extremely honoured to have received this award in recognition of the 40 years of dedicated hard work our team have put into running and restoring the railway.

Being an entirely volunteer run organisation, the railway would not be where it is today without our volunteers. We are always on the lookout for enthusiastic individuals to join our team. Sound like something you would like to do? Visit the Brechin Railway Preservation Society page to find out more or pop down to the station during an operating day and speak to some of our friendly volunteers - you don't even need to be interested in railway's to volunteer with us!